Sense and Sensibility
By Jane Austen 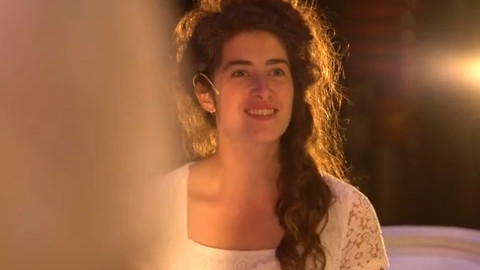 "Sense & Sensibility" is one of Jane Austen's most popular novels. The characters live in a world in which choices are limited — especially for the women. The story revolves around the lives of two sisters, Elinor who is levelheaded and full of sense, and the hopelessly romantic, Marianne. After the untimely and unexpected death of their father, both sisters and their mother are forced to leave their comfortable lives, while their half brother and his wife inherit the family estate. The only hope for these two sisters is a profitable marriage. Seduction, courtship, love, heartbreak and surprise abound in this classic romantic comedy.

Aquila expands the canon of classical works for the stage by adapting Jane Austen's "Sense and Sensibility" in a bold and exciting new production. Directed by Aquila's artistic director Desiree Sanchez, this production will incorporate her innovative use of space, movement, design and sound. D.C. Metro says,"Sanchez is wildly inventive, and the production choices made were carried out beautifully," and NY Theater Review says, "Her direction is polished and laser sharp. She gets the maximum amount of potential out of every stage moment, has exceptional attention to detail, and is a demiurge of direction." 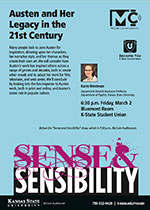