Now You See Them. Soon You Won't. 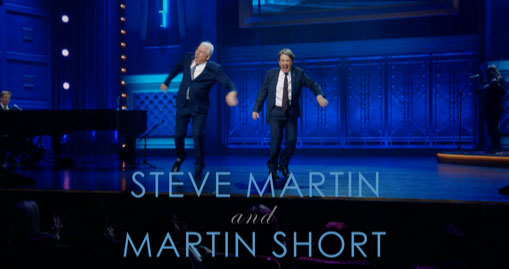 Comedy legends Steve Martin and Martin Short are coming to Manhattan for one night only!

They recall their iconic careers, creative influences and most memorable encounters, uniquely presented though a blend of stand-up, musical numbers and conversations about their lives in show business.

Martin is one of the most acclaimed and beloved talents in entertainment. His work has earned numerous honors, including an Academy Award, five Grammy Awards, an Emmy Award, the Mark Twain Award, and the Kennedy Center Honors. Many of Martin’s films are considered modern classics including: “The Jerk,” “Father of the Bride,” and “Planes, Trains & Automobiles.”

Short is a beloved comedian and actor whose career spans television, film and theater. Since his breakout performances on NBC’s “Saturday Night Live,” Short has become a household name with roles in feature films including “Three Amigos” and as the quirky wedding planner, Franck Eggelhoffer, in the “Father of the Bride.”